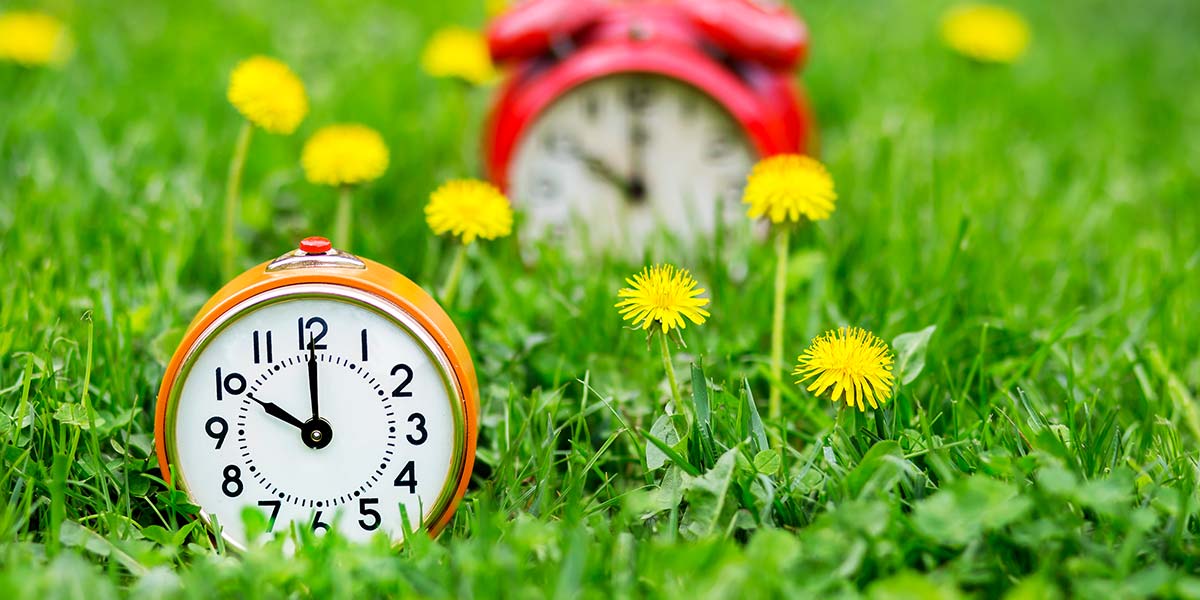 In the UK, as in many parts of the world, we change our time twice a year by moving the clocks either backwards by one hour in winter to Greenwich Mean Time (GMT) (standard time in America) or forwards by an hour in the spring to British Summer Time (BST) (Daylight Saving Time in America). This means that during GMT it will get lighter earlier in the morning but darker earlier in the evening. For some, changing the time is the perfect solution for utilising daylight, but for others, including business partners across the world, it can cause all sorts of problems.

What is the reason that we do it anyway?

In 1784, American Benjamin Franklin proposed the idea of getting up earlier in a bid to save on candles, but this was only ever a satirical theory involving the firing of cannons, taxes and the posting of soldiers outside of shops. It was actually a New Zealand scientist by the name of George Hudson who, in 1895, made the first serious suggestion to change time so that he would have more time for his bug hunting. The cause was later taken up in the UK by William Willett who, wanting the chance to play golf for longer, published the Waste of Daylight in 1907 hoping to promote the idea. However, it was Germany who first introduced it in April 1916 in a bid to save energy and, therefore, win the war against the Allies. It didn’t, but the notion of changing the clocks was now a popular idea to save energy; Britain adopted the practice a month later and America followed suit 1918 although it wasn’t until 1966 that it entered federal law.

Changing the clocks is rare in the Middle East and South America and not done at all in Africa or East Asia. Although America changes to Daylight Saving Time and back again, not every state (such as Hawaii) implements the practice, deciding instead to remain on Standard Time for the whole year.

In the UK and Europe, the clocks change on the last Sunday in October (the clocks go back) and on the last Sunday in March (the clocks go forward). At the moment, we are united in how and when we alter our time, but that might be about to change. In 2019, the European Union made the decision to stop the annual change of the clocks from 2021 onwards. Whilst this now seems unlikely to happen next year due to the COVID pandemic, it is still only a matter of time until it does happen. This raises issues in Europe. For one, the EU hasn’t made it compulsory that all members choose the same option; some might choose to stay on winter time, whilst others might go for permanent summer time. Although it is likely that a consensus will be reached, it may leave some member states feeling that they have been disadvantaged.

And this is where Brexit makes an impact. The UK, although being part of the EU when the decision was made in 2019, is still not certain about what it is going to do. We might see logic in keeping with the EU incentive or interpret it as yet another sign of Brussel’s push towards federalism. So, what happens when we have left the EU, particularly for Northern Ireland who shares a border with its EU neighbour, the Republic of Ireland? There is a lot of cross-border activity for business, families and work; how much more complicated will life be for someone who lives in Northern Ireland but works in Ireland if we aren’t on the same time anymore? The same is possible if or when Scottish independence is achieved, depending on who the Scottish Government decide to align themselves with.

What are the problems for business?

The main economic effect of changing the clocks twice a year tends to be on local businesses. Retailers and outdoor leisure activities suffer when the evenings get darker earlier, seeing less footfall during GMT, whilst farmers can be more productive because of the lighter mornings. Other industries take advantage of the darker evenings, launching winter products or gearing their services towards the approaching Christmas season. In turn, the change to BST is seen as causing a fall in employee productivity due to the loss of an hour in bed and even some serious medical conditions such as heart attacks.

For businesses in countries that don’t change their clocks, there is the danger of there being a mix up or confusion.  For instance, not being aware that a client in London will change their working time from next week, could lead to one party missing a conference call. Online teaching can also suffer when a teacher’s diary no longer matches a student’s; one is going to have to change the time of their regular lesson.

The move to BST could also have possible effects based on employees having to readjust their body clocks. There is some evidence that international stock markets can suffer, not just from confusion over opening times, but also due to the anxiety, tiredness and grumpiness of their traders and investors brought on by lack of sleep. The risks are minimal, but overseas clients may notice uncharacteristic behaviour in their usually charming London or EU business partner, which may cause unease or even offense in a previously positive relationship. Decision making might also be affected, leading to a delay in sealing deals or reaching agreements, and it would be advisable that any negotiations should be avoided if one party is suffering from an early rise.

Whatever Europe, America or any of the other countries currently in discussion about keeping daylight saving hours decide, one thing is certain: not changing the time twice a year will certainly help anyone who prefers not to have their sleep pattern disturbed. What it will do for international relations, local retailers or cross-border business, however, is yet to be seen. Plus, bug hunters and keen golfers might not come off too well either.